Formentera is hosting, between 21 and 24 September, the first face-to-face meeting of the Mediterranean Posidonia Network (MPN), an initiative of the Ministry of the Environment and Territory of the Balearic Islands and the French Biodiversity Agency (OFB) which aims to outline a roadmap for the whole Mediterranean Sea, including strengthening the European policy on the conservation of the marine phanerogam. The MPN workshop is gathering 60 participants from 10 countries, including European Member States, Mediterranean organisations, and Algeria and Tunisia as well.

The initiative was born as a result of a meeting held in Greece in November 2019 and which was attended by representatives of the European Union and most of the Mediterranean European countries. One of the main objectives of the meeting was to create a network of contacts in order to unite synergies for a future European strategy for the conservation of Posidonia and anchoring activities. Networking was developed thanks to on-line meetings, including a larger number of members from the Southern coast of the Mediterranean. A first Mediterranean Roadmap for Posidonia has been defined. This first face-to-face meeting in Formentera enables to strengthen engagement from the MPN members and move toward concrete actions.

The Minister of the Environment and Territory of the Balearic Government, Miquel Mir, emphasized the importance of an initiative “which should mark the roadmap towards a common marine conservation policy endorsed by the European Commission. The Minister emphasized that Formentera had been chosen as the venue for the meeting “to be a European benchmark in terms of public awareness and actions in favor of the conservation of Posidonia” and added that “this meeting consolidates the pioneering and leading role of the Balearic Islands in the approval and application of effective policies for the protection of a vital marine species for the marine habitats of the Mediterranean”.

The meeting is promoted by the Ministry of the Environment and Territory and the French Biodiversity Office (OFB), with the collaboration of the Insular Council of Formentera and the collaboration of the French LIFE Marha Project, funded by the European Commission. The president of the Formentera Island Council, Alejandra Ferrer, welcomed the MPN members highlighting that the island has been chosen as the setting for the meeting to be a benchmark in awareness and conservation results. The Director of European and International Relations of the OFB, Cyrile Barnerias, emphasized that “the European Union protects Posidonia within the Natura 2000 directives. In France, the Posidonia meadow is strictly protected, not exclusively inside marine protected areas. The Roadmap of the Mediterranean Posidonia Network enables greater cooperation to protect Posidonia”.

Find the detailed program of the MPN 2021 Workshop: https://bit.ly/3EAgKqd

Co-organizers of the MPN Technical Workshop 2021:

With special thanks to collaborating entities: 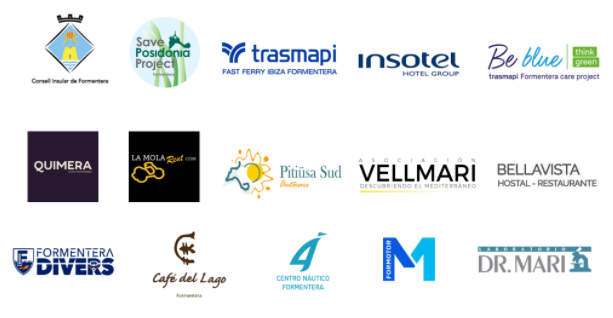